Can I include Jenny Everywhere in a licensed work?

Jenny Everywhere is an "open source" character made before there were Creative Commons licenses. When including her in a work you are supposed to include the Jenny Everywhere Paragraph:

The character of Jenny Everywhere is available for use by anyone, with only one condition. This paragraph must be included in any publication involving Jenny Everywhere, in order that others may use this property as they wish. All rights reversed.

The spirit is clear, but is this a legal requirement? If so, can this notice coexist with:

The Jenny Everywhere character concept was dedicated to the public domain (1, 2, 3, 4, 5), with the explicit intention that she can appear in any work under any license. Similarly to, say, Thor or Sherlock Holmes. (And unlike trademarked and copyright-restricted characters like Mickey Mouse or Superman.)

The Jenny Everywhere Paragraph is not a legal notice. "Longer works involving Jenny are encouraged to include this paragraph", one might even say strongly encouraged, but this is not a legal requirement.

If you are including or adapting other works (that Jenny happens to appear in), then you should always mention and abide by the license details of those other works, as normal.

If you want/need to formally recognise her inclusion the relevant fields would be:

...formatted appropriately for your context.

Here is an example of an unchallenged appearance in a BY-SA work about six years after the first wave of "Jennymania". Note that The Paragraph does not appear: 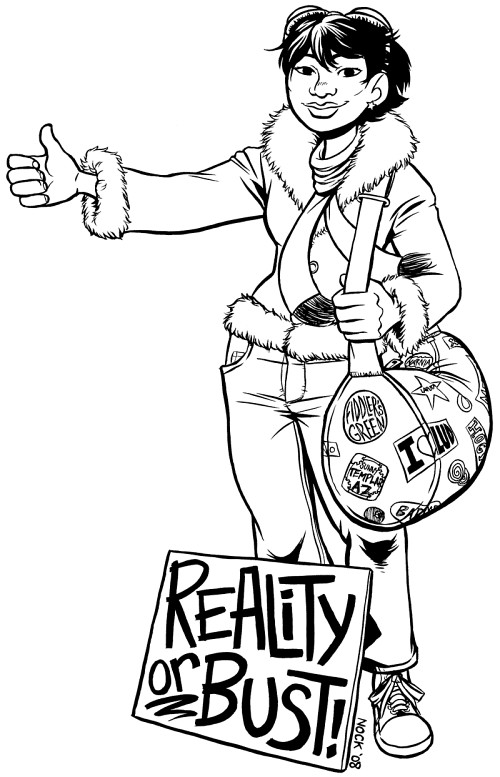 Reality or bust! by Diana Nock. Licensed under CC BY-SA 3.0 US.

Not the answer you're looking for? Browse other questions tagged license-compatibility relicensing public-domain crayon-licenses or ask your own question.

16
How is the BSD GPL-compatible?

17
GPL V3 with OpenSSL Exception
4
Can this NVIDIA licence be used for GPL open source product?
3
Can Public Domain use GPL licensed library/program?
16
How is the BSD GPL-compatible?
2
Can I take MIT licensed code and distribute it under BSD?
5
Recommended license for small script without an attribution clause?
4
GPL compatible alternative to LPPL?
1
Can mechanically-generated code be licensed?
4
Can I use public domain content in my CC-BY-SA-licensed work?
8
Can the 0-clause BSD license be used for public domain work?