Can I create a derivative of an old book?

Copyright for old works expire at some point. In most countries that happens 70 years after authors death. Can I take a book with expired copyright (say Dickens Oliver Twist), change it substantially (modern language, some different characters and so on) and release the result under an open license (let's say CC-BY-SA)? What are the restrictions in doing so? And if it is allowed, who do I attribute as author?

Copyright for old works expire at some point. In most countries that happens 70 years after authors death. Can I take a book with expired copyright (say Dickens Oliver Twist), [...] and release the result under an open license (let's say CC-BY-SA)?

According to the Berne convention, works may pass into the public domain after life of author + 70 years (i.e. Berne signatories have to provide this minimum protection for literary and artistic works). However, the Berne convention does not impose a maximum term of protection, and it also deals with two different sets of rights: Economic rights and moral right.

Both economic rights and moral rights may be inherited, and it is the heir who will exercise these rights after the death of the author. Any rights that is inherited in this way may pass down to future generations as long as the rights persist.

When the economic rights have expired, you're allowed to make verbatim reprints without asking for permission, and you can distribute those as you like (for money or for free). I can't see any reason why you should not be able to attach a license, but since the original is without license, anybody can ignore the license just by saying they copied the original (and not your reprint).

change it substantially (modern language, some different characters and so on)

This is what is legally called "an adaptation", and permission to create adaptations may be blocked by what is called moral rights (droits d'auteur).

In most jurisdiction, and in particular those outside of northern Europe, moral rights is treated as equal to economic rights: I.e. they expire after the life of author + 70 years.

Certainly, in the USA, rather heavy handed adaptations of some classical works has been made, for instance Shakespeare's "Romeo and Juliet" (West Side Story), and "The Taming of the Shrew" (10 Things I Hate About You).

However, in some jurisdiction, such as Denmark, Sweden, Norway, Poland, Estonia, Latvia and Lithuania moral right never expire

What are the restrictions in doing so?

However, if moral rights are intact, you may not be allowed to make an adaptation. You're only allowed to adapt if the adaptation respects the "integrity of the work and the author".

For instance, a be-bop adaptation by Arne Domnérus of the Norwegian national anthem ("Ja, vi elsker" - composed by Rikard Nordraak, 1842-1866) was in 1977 (111 years after the death of Nordraak) by a Noregian court declared to violate Nordraak's moral rights and had to be pulled from the Norwegian market. 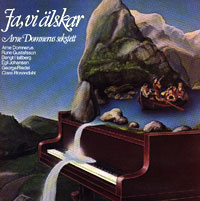 It should be said that this is an extremely rare example.

And if it is allowed, who do I attribute as author?

However, the line between what is considered an adaptation, and what is a new work that has some plot lines in common with some earlier work is blurred. "West Side Story" is obviously an adaptation of "Romeo and Juliet" (and Shakespeare adapted it from the 1562 poem "The Tragical History of Romeus and Juliet" by Arthur Brooke). However, "Wuthering Heights" and countless other tragic love stories where societal norms prevents a happy ending, is not.

When the copyright of a certain work expires, it is released into the public domain. Hence, anybody can use it. There's no restrictions to it. For example, I can take one of Beethoven's music compositions, change it up, and then make it mine. With copyright.

Essentially, you can take any content that is in the public domain, and you can do anything that you would like with it: That is change it, make it pretty (or ugly), and even relicense it to your wishes.

To answer the attribution section, I'm going to quote Stanford:

If you copy from a public domain writing, do you have to credit the author? The United States Supreme Court has answered, “No,” holding that there is no legal requirement to provide any attribution when public domain works are copied and placed into new works. (Dastar Corp. v. 20th Century Fox Film Corp., 123 S.Ct. 2041 (2003).)

However, just because there is no legal requirement to give credit to the creators of public domain works, doesn’t mean you don’t have to do it. When copying works from the public domain, be careful to avoid plagiarism.

Plagiarism occurs when someone poses as the originator of words he did not write, ideas he did not conceive, or facts he did not discover. Although you cannot be sued for plagiarizing a public domain work, doing so can result in serious professional and personal penalties. For example, in the case of college professors and journalists, it may result in termination; for students, it could lead to expulsion; if done by well-known historians, it can result in public humiliation.

Essentially, you don't have to, but it's a good idea to so, morally and ethically, and so that people don't start throwing tomatoes on you when you present your modified1 version of Beethoven's music.

Yes. As soon as Copyright expired, the book is in the Public Domain. It has no owner. It is yours, mine, everybodies.

Not the answer you're looking for? Browse other questions tagged or ask your own question.

19
Can I create my own license by modifying an existing one?
19
How can I place software in the public domain
1
Creating a new repository based on an old one
2
Can we edit Google Android sample project and create app
6
Open sourcing code derived from a book
9
Attribution for a "2nd generation" derivative work
2
Can I use AGPL component to create a data file for commercial application?
7
Handling very old implicitly licensed code